There’s something about mountains and volcanoes, and Vesuvius in Italy was a good one. It doesn’t quite match up to the beauty of the much greener Untersberg Mountain in Austria, but it was still both awe-inspiring and rewarding. Being volcanic, the landscape is bare and grey, and not very diverse. Instead, it’s the views off the edge that you should be paying attention to. You can see miles of landscape and coastline, really bringing it home that you’re pretty damn high considering there was no cable car involved. 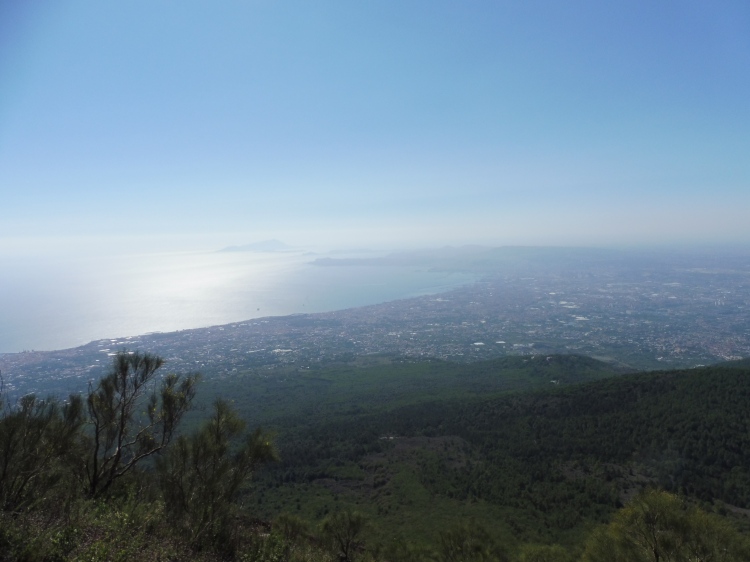 Though you can take a bus or taxi so far, there is a walk involved towards the top – and it is both steep and gravelly. Comfortable footwear, preferably with a tread, is essential for making the climb, so leave your flip flops at your hotel! The hardest part about this walk isn’t the steepness (though it is still pretty steep, and the fitter you are the easier this challenge should be), but the loose surface underfoot. It can be difficult to keep moving upwards if the stones are simply rolling beneath you. Don’t worry though, as providing you’re properly prepared, the trip is still suitable for people of all ages, including children, and barriers have been put up around the edges of the track for safety.

Regular stops will be welcomed anyway, because you’ll want to take the opportunity to take some photographs of the sprawling vista that surrounds you. By the time you reach the top, you barely feel your aching legs anymore, as the sense of achievement washes over you. The walk around the crater, from which you can see steam emerging, is far less demanding, offering a brief moment of respite before the almost more difficult climb back down. It’s a long walk round at the top but it all looks pretty much the same, so don’t worry about missing out on too much if you don’t have time to fully explore. Just be proud of yourself for standing at the summit at all.

Pompeii sits within the vicinity of Mount Vesuvius, which is the factor that makes it such an iconic historical site today. It’s hard to imagine what the city of Pompeii was like before it was covered in ash, as there isn’t much left of many of the buildings. While it’s been very heavily destroyed, that doesn’t mean it’s not worth seeing, however – and it’s easy to underestimate just how vast it is in size. In other words, you’re definitely going to want to devote a whole day to your visit. As well as wandering the streets, there’s an amphitheater to visit, woodland to trek and cafes to stop off at. If you’re really interested in the history, you can take a guided tour, but otherwise you can see great things and learn the basics by doing it yourself – and like everything else in the area, you can easily get there via a train that will only cost around 3 euros from the neighbouring towns such as Naples and Sorrento. Whether or not you book a guided tour really depends on preference.

For the even more adventurous among you, take your eruption history lesson a step further by visiting nearby Ercolano (Herculaneum in English). Though a new town has been built here, you can still visit the ruins of the ancient version of this roman community. Ercolano was also ravaged by Vesuvius, only it is significantly more complete and some pillars and such even still hold their coloured tiles, offering a clearer idea of what the original structures of Pompeii may have looked like in their grander days.