This is the sound of Valencia this weekend. As poppers pop and fireworks ignite down random side alleys, the smell of smoke sails through the air and crowds of people shuffle along like sardines, taking it all in whilst sipping on beers and mojitos. Live bands pop up seemingly out of nowhere, and you might just round a corner to see a parade passing through. 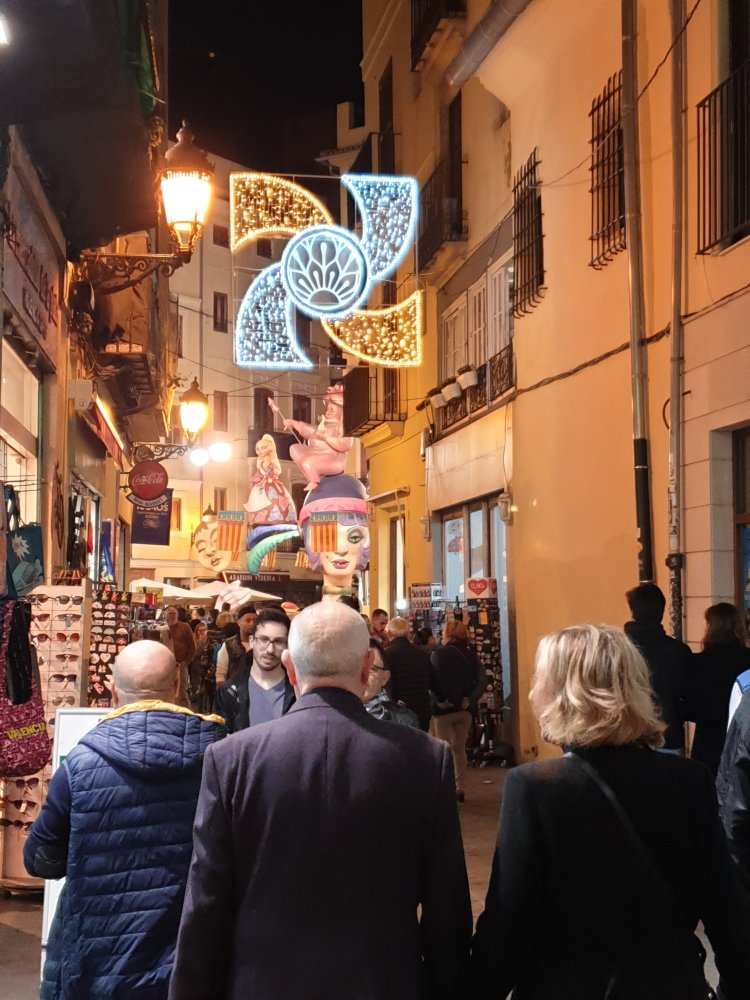 Arriving at my hostel on Friday, I think I was just so focused on the fact I’d made it that I didn’t really stop to appreciate my surroundings, but I do remember that once I’d taken ten minutes to recalibrate, my first impressions of Valencia were that it was: 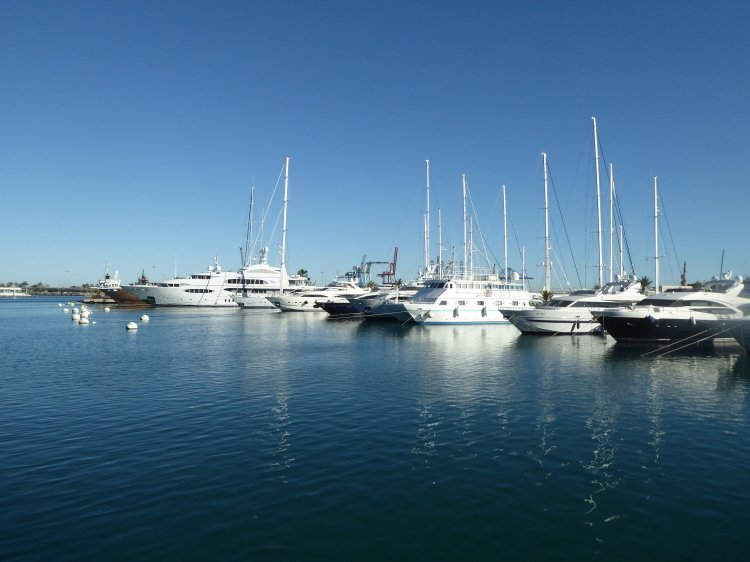 I first took a stroll down from my hostel to the harbour, before deciding I might as well jump right in (to the culture, not the water!) There is some gorgeous architecture to see in the city, the Central Market being a particularly impressive structure in my humble opinion, a buzz with people, the strong odours of fresh fish and fruit circling the air. But my mind was distracted by the reason I chose to cut my planned Barcelona trip in half and come here first instead. 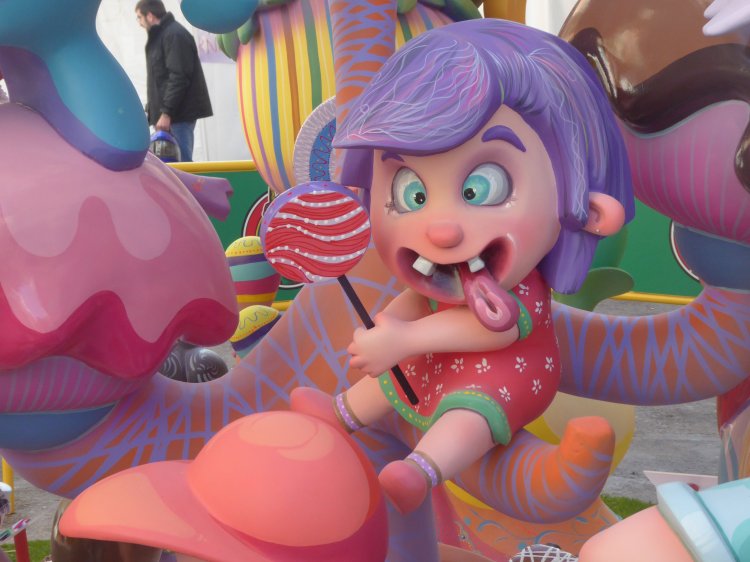 The statues created by the local communities for the annual Fallas celebrations are wonderful, and while I’m slightly disappointed I won’t be there to witness them burning to cinders later, in a way I’m kind of glad. After all, I’d hate seeing the actual destruction of such hard, creative work. Confused? Then let me fill you in on the briefest background – because honestly, I’m only just learning about this long-standing tradition myself.

Fallas is an annual festival held in March in the city of Valencia to commemorate St Joseph. Each neighbourhood of the city produces a statue, which is later set alight and burned to the ground in a blaze of glory. And these aren’t your average stuffy stone statues, oh no. The city is alive right now, and the combination of the many sculptures and the copious amount of artistic graffiti turns this otherwise traditionally grand city into a metropolis of colour from every conceivable angle. Some of the sculptures take centre stage in large squares, while others are tucked away down side-streets meaning they could be easily missed altogether. Wherever you are, you’re going to see the art, which means a lot of freedom indeed.

Fallas is quirky in the best way, and the support for the celebration is incredible. It’s been so big that I couldn’t imagine seeing the streets without all the gaudy grandeur and the sea of people, though it’s still got a very Spanish vibe about it despite the modern art, and I’ve been able to take plenty a break outside of bars in the streets drinking. Who can argue with that eh?

But alas, even for the best of us, the crowds can become too much after a while. Shuffling along at a snail’s pace, being bumped and jostled every moment; streets cordoned off, crowds gathering, people everywhere.

As cool as it’s been to see some of the celebration, which has taken up pretty much all of Friday afternoon and yesterday morning, I soon decided that no matter how much I tried to tell myself otherwise, I needed a break. And actually, I’m glad I took my advice.

The other half of Valencia is like a complete polar opposite of the historical city, with modern beach vibes, impressive glass buildings, skate parks and decorative pools lined with palm trees. Walking through the vast parkland that surrounds this area and separates the city in half, I finally feel peace. I sit on a bench under the shade of the trees, watch cyclists pass by, fountains dance.

You could almost forget you were in the same place, except of course for that same old bang, bang, bang. Fireworks fly throughout the day as well as at night, despite it still being light out. In fact, it’s easy to become pretty desensitised to the sound after a while. Fallas has meant I’ve not really got to experience the everyday Valencia, but what a wonderful spectacle to have been a part of! 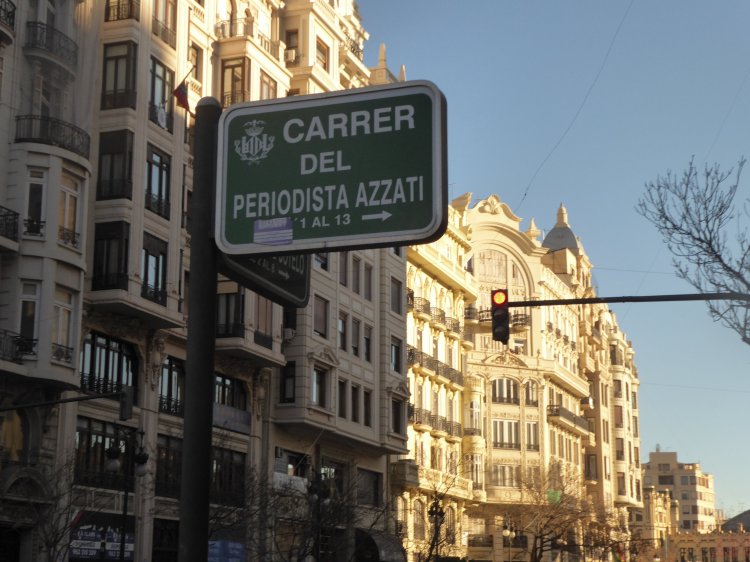 I’m en-route to Barcelona now, after stressing about making my train when I was nearly there before Google got confused and sent me in the wrong direction. Luckily, Valencia’s metro system is very well signposted and relatively straightforward, or I might not have had those extra few minutes to spare for error. Now I’m just hoping Barcelona’s the same! Before I go, I can safely say that Valencia is very beautiful, but if you’re planning on visiting during festival time, prepare to do a lot of walking (the roads are chaos), when you find a toilet use it immediately so you don’t have to wander for hours trying to find somewhere when you need it, and finally, don’t expect to see much English signage anywhere.

See you on the other side!