I don’t know why I still always get that lurching sickness feeling when heading off to a new country; you’d think I’d be used to it by now. But even so, getting on the train on Thursday morning I couldn’t help but wonder, what am I doing? What if something goes wrong? Am I ready for this? So if you’re reading this and feel anxious about travelling, have comfort that you’re not alone.

And yet, as is so often the case, the entire journey went smoothly and without a hitch, and I even had the joy of standing next to an elderly Asian woman in WHSmiths in the airport, humming softly to herself whilst buying a book titled ‘The Subtle Art Of Not Giving A F*ck’. Legend. Before I knew it found myself in Germany’s capital, Berlin, a vibrant city of rich history and food aplenty. But how do you possibly fit anything in with just an evening and a day? 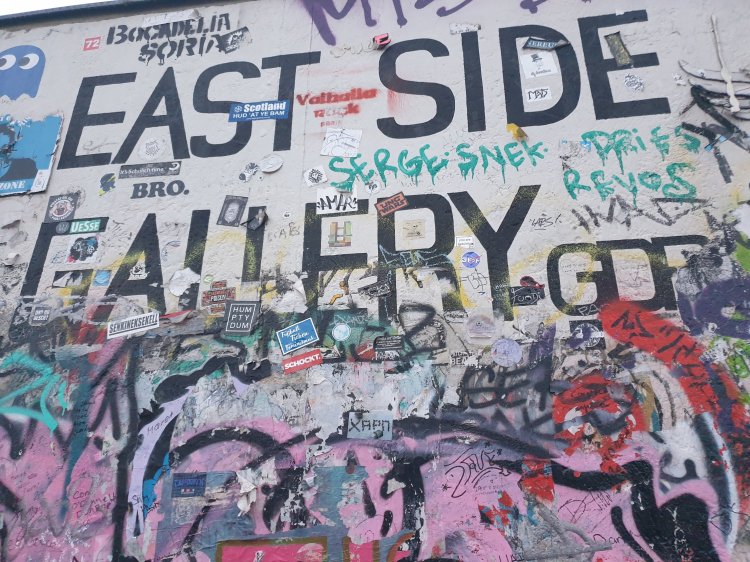 First – the East Side Gallery. Seeing as it was just around the corner from my hostel I decided to check this out on the night of my arrival. But honestly, I don’t get the appeal. It’s essentially a non-descript wall covered in graffiti, and if you didn’t know why it was there in the first place, it’d be easy to wonder why anyone stops at all. But still, that’s something ticked off all the same. 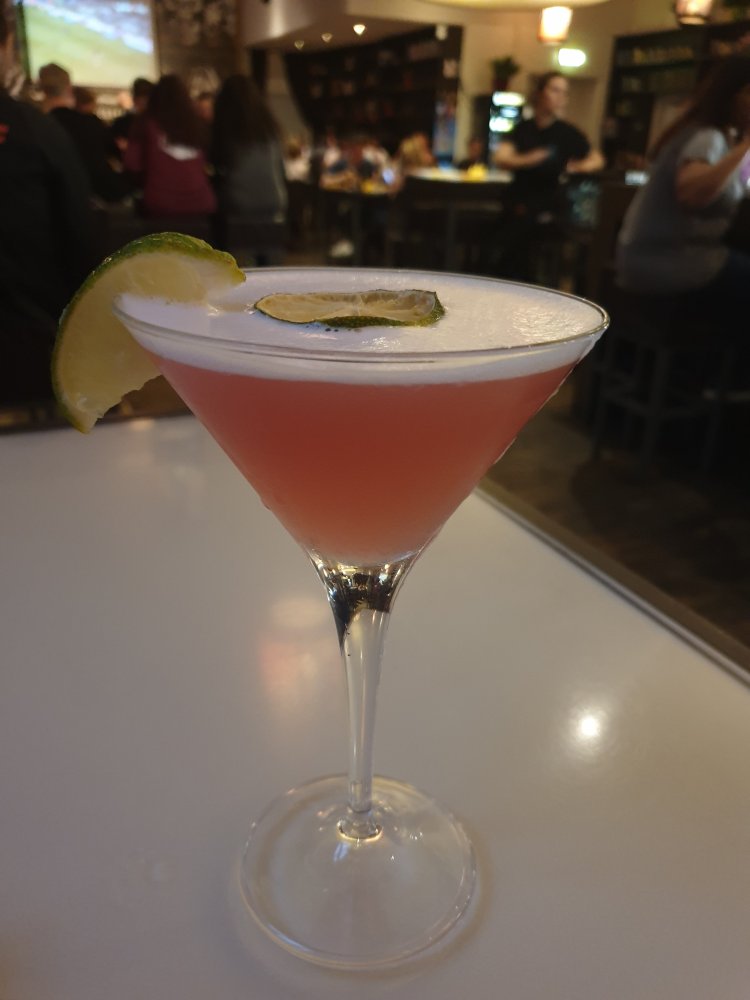 Finishing Thursday night with a classy cocktail and a bit of bedtime Totoro to unwind, I was ready yesterday to hit the ground running and really make the most of my limited time in this vast historical city. 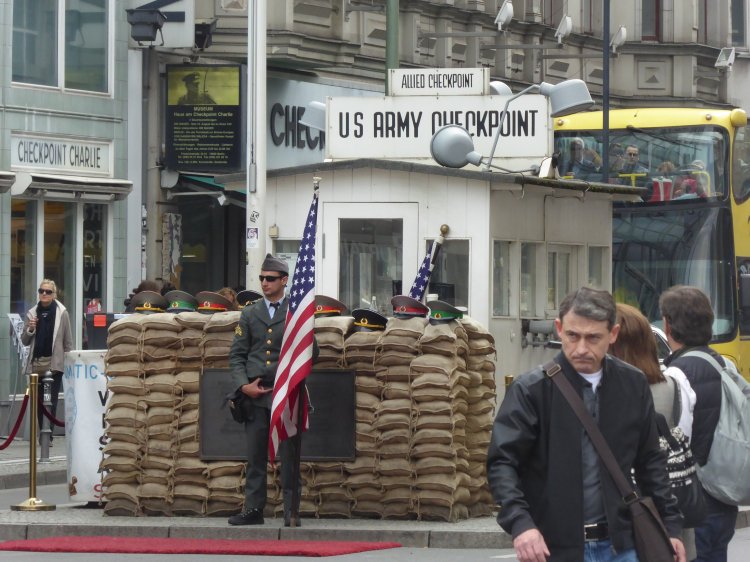 Enter the historical “Discover Berlin” walking tour, a four hour spectacle run by ‘Original Berlin Walks’ and in my case led surprisingly by Glaswegian guide called Scott. Stops included most of the main tourist draws with all the wartime background to boot. There’s far too much information to summarise in a single blog post, but as we wandered the streets I was most surprised to discover how recent such key buildings really were actually built (some as new as the late ’80s), merely reconstructions or replacements of architecture once reduced to rubble. Hearing all the stories and inside details of the Berlin Wall and its history as I stood before the remainder of the very wall itself was nothing short of fascinating, and a favourite tale – whether true or fabricated – was one of a man who basically ziplined over the wall from a top-floor apartment to avoid being shot at. Even the notion! 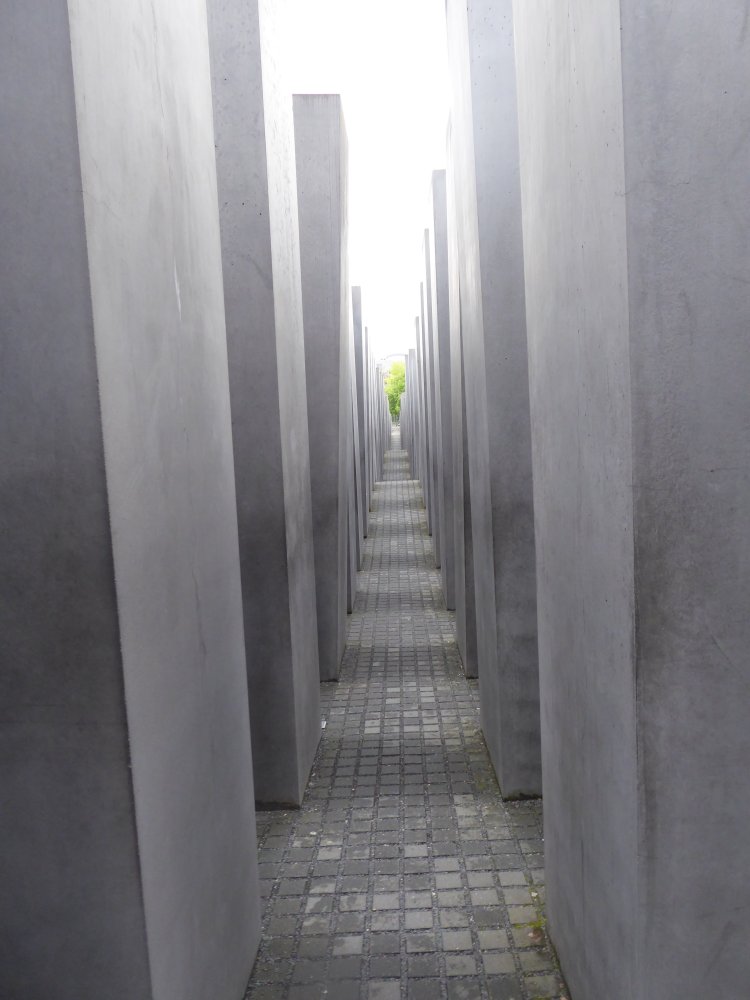 My personal highlight of this tour, however, was the Memorial to the Murdered Jews of Europe, which looks like nothing from the outside but a series of stone pillars and isn’t even signposted, and yet once you’re in the strictly organised maze of towering stone blocks you’re plunged into a surreal world with feelings of isolation, insuperiority, disillusion. You hardly notice all the other people also visiting because it’s so vast and so silent. Atmospheric? Poignant? The right words to describe this place elude me as you really have to see it to truly appreciate it. It gave me a lot of food for thought, that was for sure.

After a refresher in a go-to of mine, an Irish pub (Yeah, don’t hate me for not picking a German place), it was time to put the idea of conflict and misery behind me and have some fun, this time in the form of shopping and live comedy. 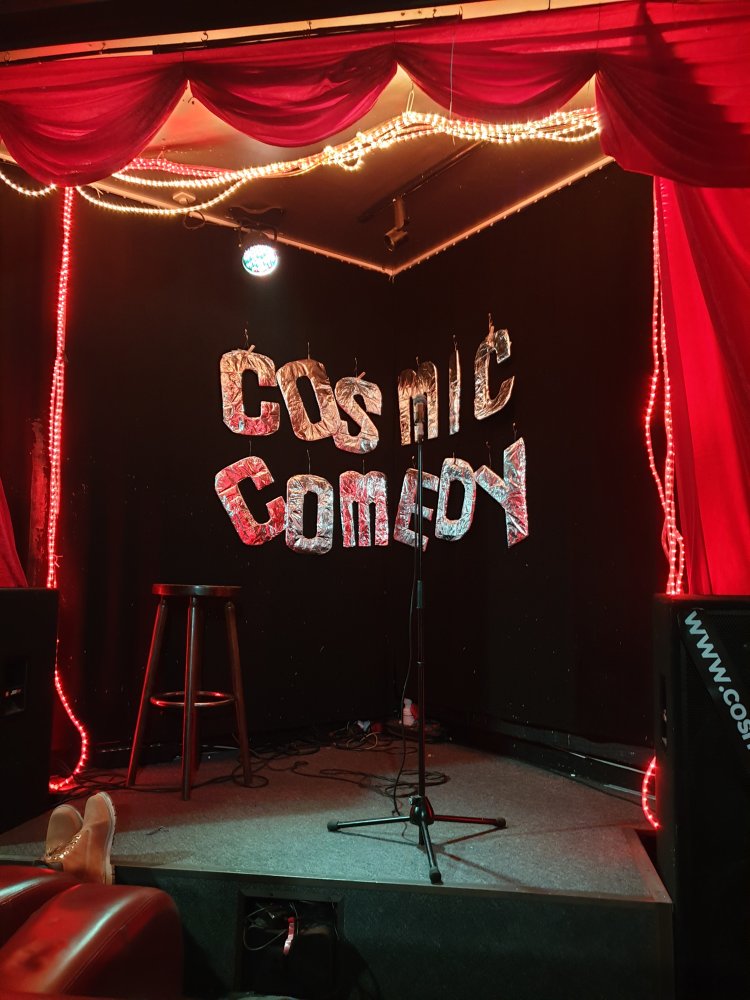 The Cosmic Comedy club at Bar 1820 in the basement of Belushi’s is a dingy little place but in a super cool way that you’d expect from Berlin. And honestly, I would recommend this experience to anyone and everyone visiting the city. The hosts are lovely, the clientele awesome and the comedy itself great too. You get such a good vibe and even going solo it feels so welcoming, safe and secure. I can’t think of a single thing I regret about the decision to spend my evening here – and that’s without the draw of the multiple free shots I was offered by the super-chill barmaid. Seriously, I’m almost speechless it was so good, from conversation with my seat neighbour Florien to chats with the energetic and protective host, to of course the show itself. It truly was a wonderful way to end my short but sweet time in Berlin, and while I haven’t even begun to scratch the surface, thankfully my initial poor impression has been gloriously transformed. Now to see what Copenhagen has to offer on the next leg of my journey. See you on the other side.