Well, what a day. Despite only being this morning, the hot air balloons seem to have passed ages ago. The amount of different sights and activities we’ve taken on in these short few hours is immense, so if you want inspiration, you’re in the right place.

After breakfast, our first stop was the deepest of the region’s hundreds of ancient underground cave cities, Derinkuyu. Now, this is not a place for the fainthearted. It’s hot, claustrophobic and can jam up easily, with many of the low, narrow tunnels being restricted to single file, bent over/crouched walking. Having someone’s backside in your face would not be unusual. What’s more, the cramped conditions mean you could be stuck in an incredibly small place, sweating like crazy, for several minutes while you wait for the queue of people ahead to move. But, as cramped as it was, it was still an experience to remember and incredible to think that once upon a time hundreds of people literally lived there, traversing those tunnels, steps and clearings on a daily basis. Amazing really. 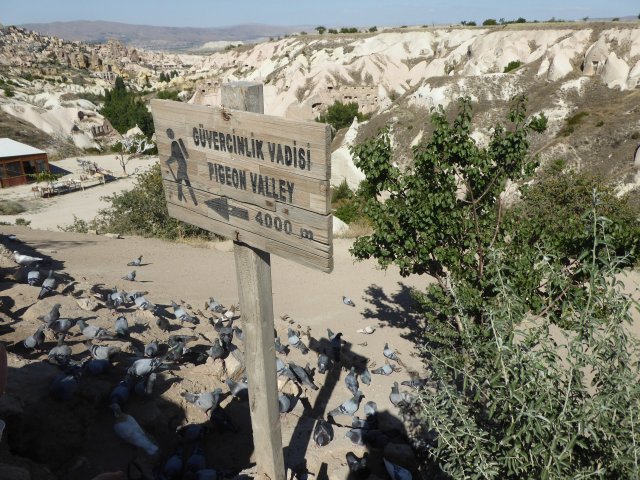 As if that wasn’t enough, we next called by – wait for it – Pigeon Valley. And yes, it is exactly what it sounds like. There were pigeons everywhere and vendors were even selling grains to feed them with. They’d gather in clusters then all fly in formation, before circling and coming back down for more grub. They even had a small water trough! Back home pigeons are seen as pests, but here they actually seem to have it pretty sweet. Across from the pigeons we next visited a fancy jewellery centre, where we learned about the Turkish origins of turquoise and about zultanite, a stone that changes colour under different lights. However, as impressive as it was, I had no intention of buying. I instead wanted to save myself and my pennies for the next stop. 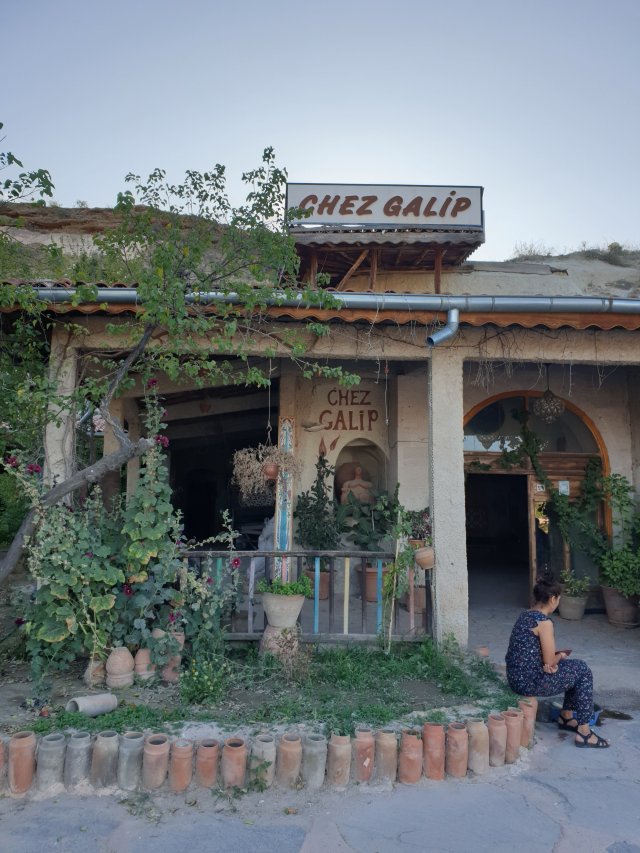 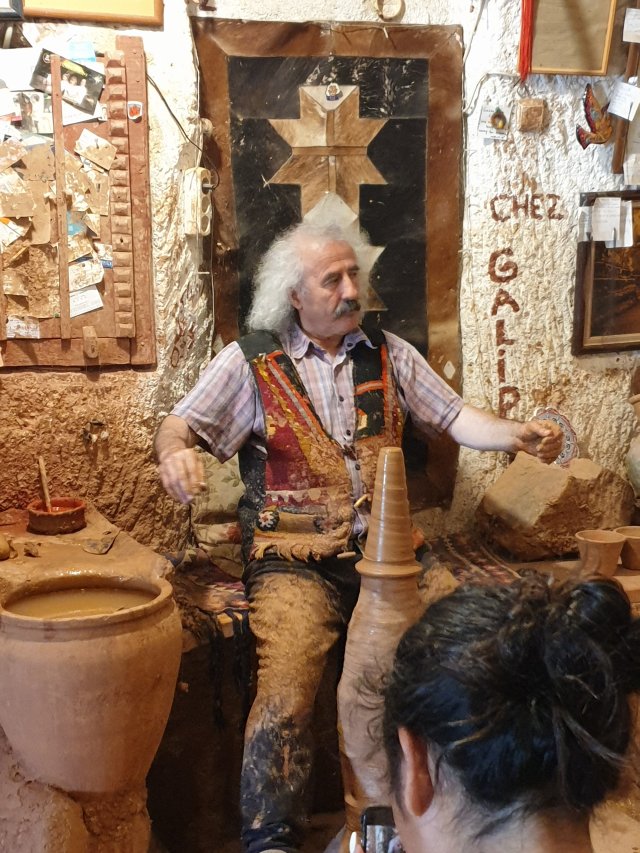 Next was a lunch stop at a local, all female-run restaurant, before the craft theme continued with an absolutely fascinating visit to a pottery shop for a workshop demonstration and to learn more about this impressive art. Following a mesmerising demonstration by the master of a skill passed down for generations, we learned all kinds of interesting facts, such as the effect of oxygen levels on the colour of the pot, or how mixing in quartz reinforces it and makes it stronger, or how they can even add phosphorus to the paint to make the pieces glow in the dark! And this guy (who, despite appearances, has no connection to Albert Einstein) was just an all around legend. People travel from across the world to train under him, so I guess they were right when they said the Cappadocian town of Avanos would be the main birthplace of clay pottery.

The final stop of the day was what quickly became referred to amongst our group as “the penis rocks”, or more crudely, “the dicks”. Love Valley is home to Cappadocia’s “fairy towers”, which closely resemble a certain aspect of the male anatomy. There’s hearts all around screaming various romantic connotations too, all to do with fertility I think. A weird place, but both pretty and interesting all the same – well, if you don’t focus too much on the penis part and just admire the landscape instead.

Dinner tonight was a DIY affair, before kicking back for another early night, ready to try and catch tomorrow’s sunrise before we leave our cosy caves and move on to our next hotel. So with that, I bid you goodnight.