A Whirlwind Tour of Istanbul

Well, what can you say about the vibrant city of Istanbul? From the open green spaces showing off grand mosques to the tight and bustling shopping streets surrounding the Grand Bazaar, this isn’t the kind of city I’m used to seeing. Not that that’s necessarily a bad thing. And while it can feel slightly overwhelming, especially when you’re sleep deprived after spending 12 hours overnight on a public bus following a 4am start, that’s not to say it doesn’t have some interesting and impressive things to see. 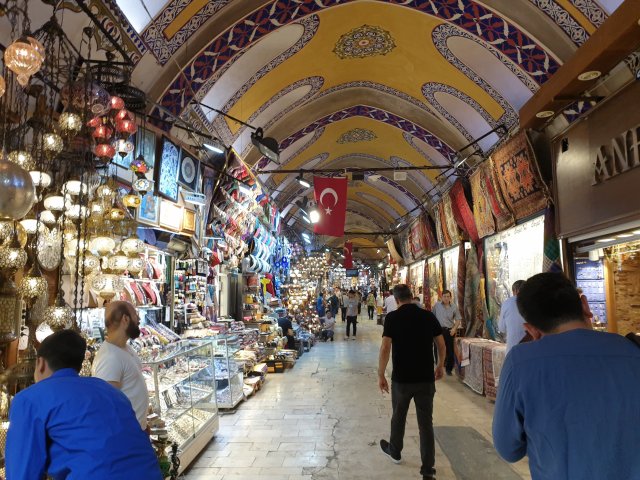 After bidding farewell to my Cappadocia travel companions and dropping my bag at my hotel, I ventured out to explore, my first stop the Grand Bazaar. I had no intention of buying anything, but it’s still something I feel like you have to see and experience. Surrounded by carpets, jewellery, food, lamps and a whole range of other handcrafted wares, it’s jumble of colour and life. And the surrounding streets themselves are equally mazelike and enchanting – except for the hills. Why do I always choose places on hills? 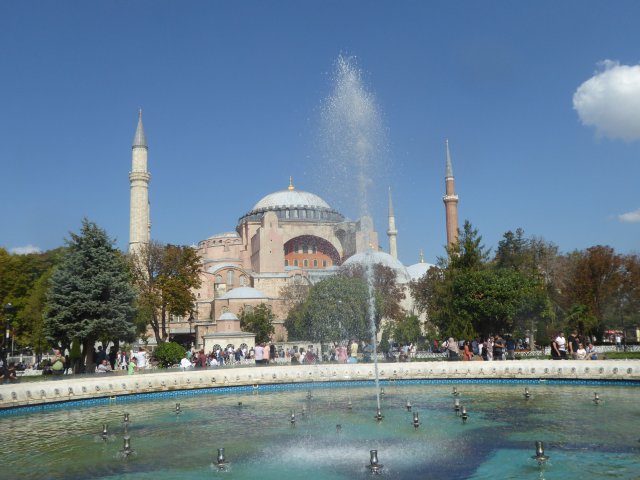 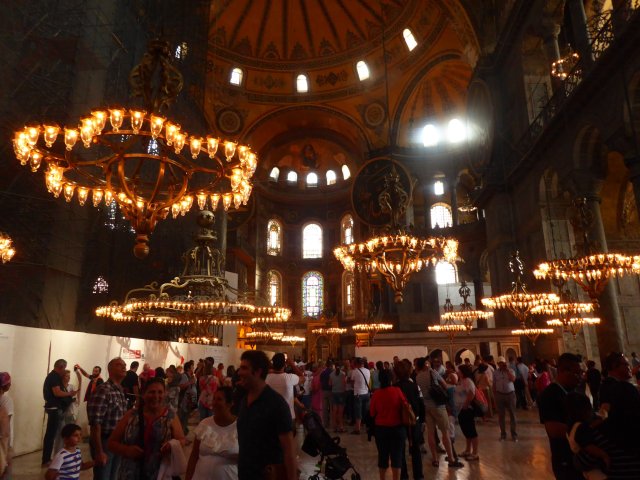 Next was a museum that I’d already decided was worth a visit before arriving, the famous Hagia Sofia. Once a Christian church and then a Muslim mosque, it is now an architecturally stunning museum with a lot of history (though prayer does still happen there several times a day too). But before I could get inside I had to fend off all manner of shop and cafe owners vying for my trade, all of which I had to politely decline. I know it’s their way and when they speak to you and offer you tea they’re just being friendly and hospitable rather than threatening or manipulative, but again, I’m tired, and to be honest, today was all about exploring and catching up on my rest. I sampled some sweets in one man’s shop but after being almost sold carpet I didn’t need nor want following a misunderstanding, that was about my limit. Sorry Turkish people, maybe next time, but thanks for the offer anyway! 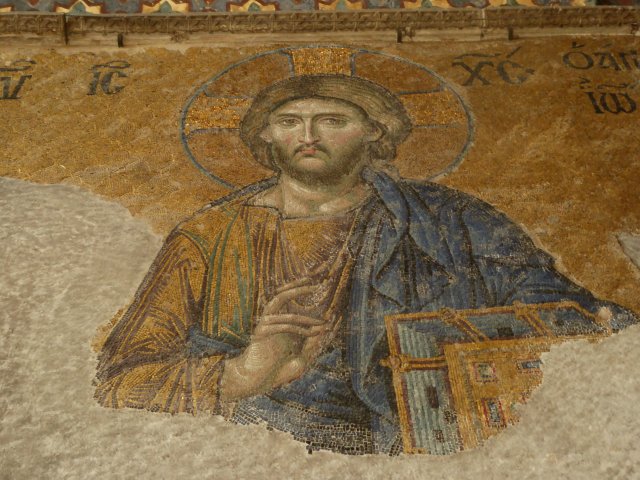 Anyway, back to Hagia Sofia. The building has been rebuilt a number of times, and many of the Christian murals and mosaics have since been covered over by marble, only fragments remaining. Still, what a gorgeous place, and one that feels weirdly peaceful despite the abundance of tourists that flock to it every day. 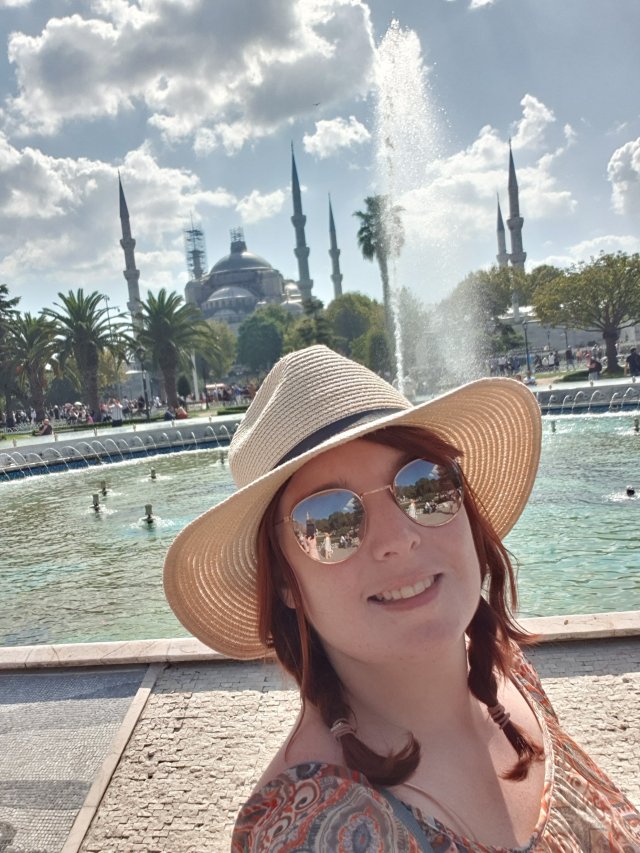 Not far from Hagia Sofia is one of the city’s more famous active mosques known as the Blue Mosque, another impressive structure. Whilst I didn’t go inside this one, the whole area is still pretty and relaxing and full of life, and a must-stop on your visit to Istanbul, even if you only want to look. Even if you only want to sit in a park in fact. It’d still be pretty even without the glory of the mosques. 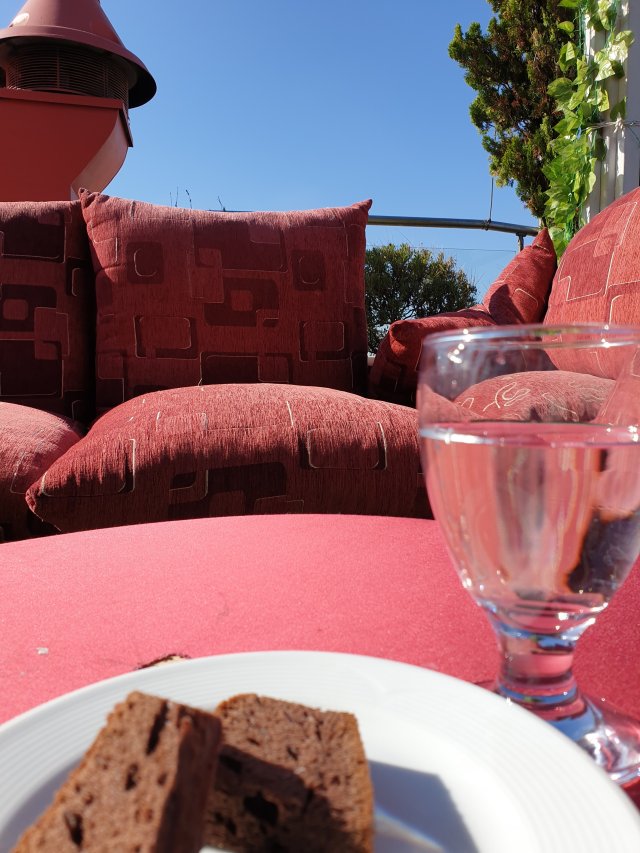 Thoroughly exhausted after the morning’s sightseeing, I was finally able check in and retire to my hotel, which to my delight had upgraded me from a standard room to a top floor suite for no extra charge. Get in! And what’s more, I was just in time for complimentary drinks and cake at the rooftop restaurant. Even better!

Showered and rested, I dragged myself back out of bed for one final trek out, seeing as I have to leave to return to Manchester tomorrow. I had debated booking a river cruise, but eventually decided I’ve been on enough boat trips during my various travels and it would restrict me to being out by a certain time. That didn’t mean I couldn’t take a stroll along the riverside though, see the area that way. 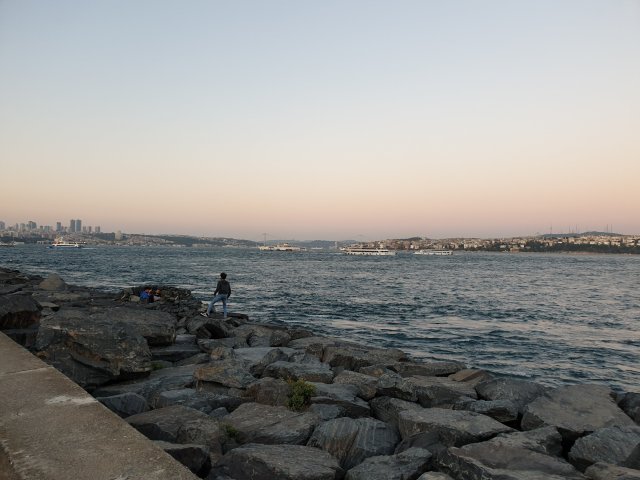 I didn’t know what I expected from the body of water that famously divides Europe and Asia, but what I got was a long, curved path following the coastline, separated from the water by clusters of rock where fishermen and groups of campers and picnickers line the shores. It’s a peaceful setting, at least in the evenings, despite the fury of the lapping waves in the strong breeze. Perfect for if you’re looking to break away from the cultural hub and collect your thoughts, but otherwise a little underwhelming. 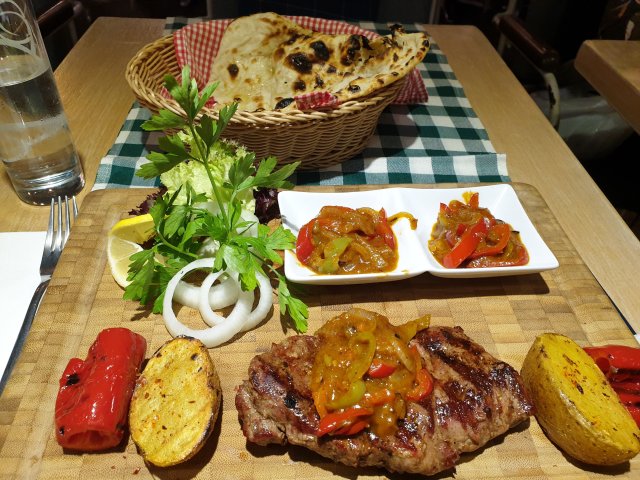 Satisfied that I’d done enough walking, I ventured back into town, splashing out on a steak for my last proper meal in Turkey, alcohol and all, before heading back to the hotel to pack my things and prepare for an early night. Morning may beckon and my flight may be coming round fast, but it’s been a good one, Turkey, and I can still look forward to another year of foreign adventures in 2020.

← From Cappadocia to Istanbul
Bring it on Brussels → 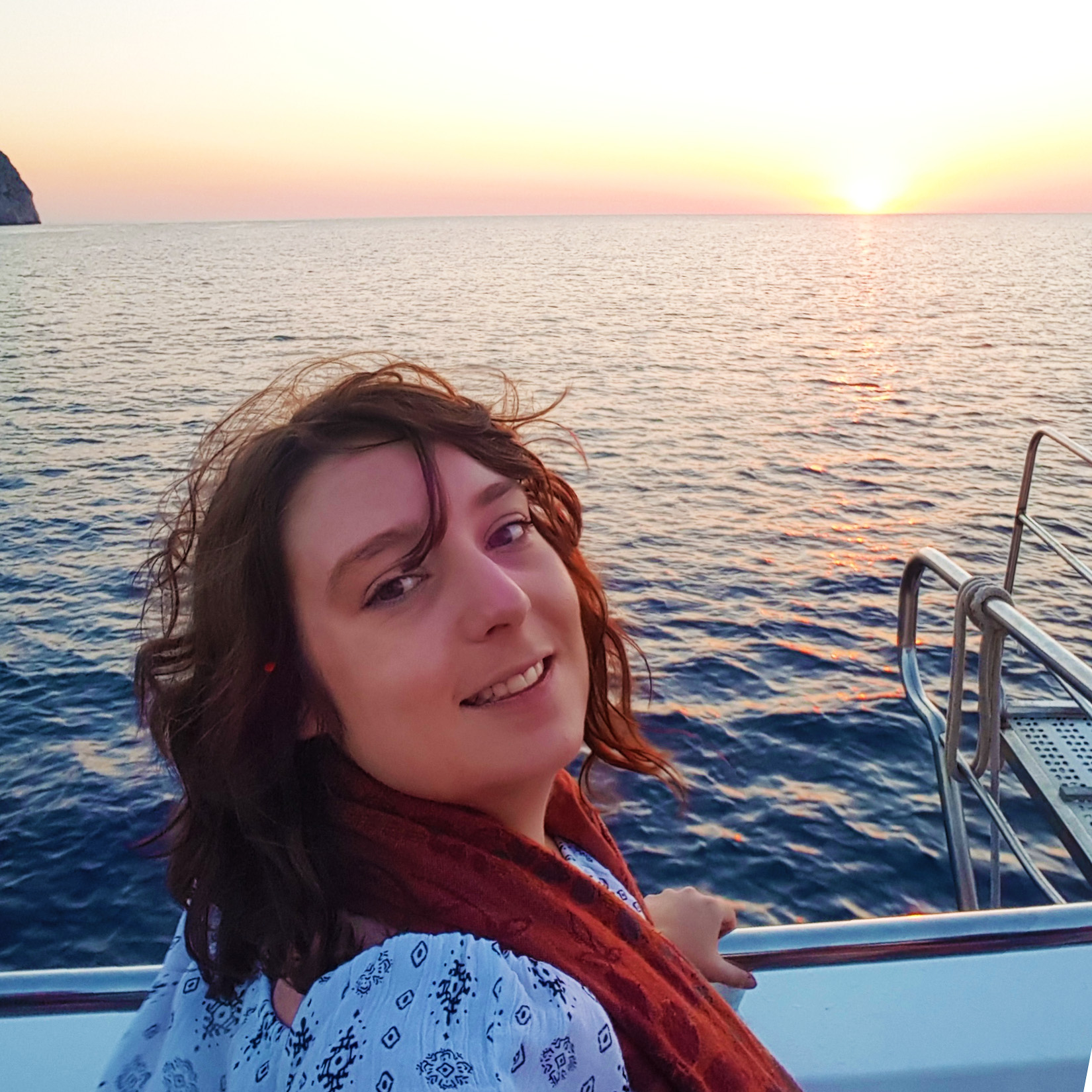